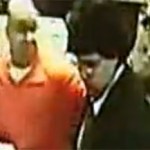 Ah, courtrooms. The last bastion of civility, decorum and justice for all…Or maybe that’s just Judge Judy. As these videos vividly show, in real life, the courtroom is a pressure cooker of anger, fear, tension and just a touch of insanity. And thanks to video cameras, it’s all available for the world to see.

Seattle, Washington: During a plea bargain for a case on June 9, 2004, defense attorney Oscar Desper and prosecutor Dave Culbertson got into a heated discussion. In the video surveillance, Culbertson at one point appears to shove Desper, who responds with a punch to Culbertson’s gut before the pair realizes they’re not on The Jerry Springer Show and calms the heck down. After an investigation by the Washington State Bar Association, Desper was suspended for 60 days for the incident.

Columbus, Ohio: Charged with robbing churchgoers at gunpoint, 43-year-old Wendell Hollingsworth was set to begin his trial on September 13, 2007, but believing he couldn’t get a fair trial with court-appointed lawyer Scott Weisman nor with Judge Julie Lynch, Hollingsworth decided his only recourse — despite being confined to a wheelchair from a recent back injury — was to kick Weisman repeatedly. In the fracas, Weisman received a cut on his hand, and a policeman trying to subdue Hollingsworth inadvertently tasered his colleague. Hollingsworth was ushered out of the courtroom and later brought back in in restraints and with his head covered by a spit guard. He eventually received a 93-year jail sentence.

Miami, Florida: Waiting in line for her turn at a bond hearing on July 15 2005, Nicole Babb, 24, proves she is of sounder body than mind when she suddenly (and apparently with much pre-planning, given she’s wearing what looks like a designer hospital gown) strips nude before turning around and getting down on all fours on the courtroom floor. She was escorted out of the room and eventually received a bond of $5,000 for her previous charges of grand theft and identify fraud.

Portland, Oregon: Arrested for impersonating a police officer, Wayne Trent, 24, was in court on April 24, 2007, to find out what his bail would be. When the judge set it at $250,000, Trent, realizing he wouldn’t be able to avoid going to jail, formulated an ingenious plan on the spot: he bolted out the door. He got about 100 feet before being tasered and recaptured. Because he was now deemed a flight risk, his bail was doubled to $500,000. Four years later, Trent was arrested again for impersonating a police officer — this time in Las Vegas.

Las Vegas, Nevada: On August 3, 2006, Las Vegas defense attorney Joseph Caramagno showed up 90 minutes late to a kidnapping case, slurring his words and appearing unfocused. Upon questioning by Judge Michelle Leavitt, Caramagno claimed that he’d been in a traffic accident and might have suffered a concussion. Unconvinced, Leavitt ordered him to take a breathalyzer test, which showed that his blood alcohol content was 0.075 — just 0.005 below the legal limit for driving. The judge declared a mistrial, and Caramagno was forced by the State Bar of Nevada to go to rehab. He later admitted to having problems with not only alcohol, but cocaine as well.

Dayton, Ohio: In June 2008, 33-year-old Keison Wilkins, against the advice of pretty much anyone with any common sense, decided to defend himself in court against multiple charges of assault and weapons violations. On the second day of the trial, after the judge denied his request for more time to prepare his case, Wilkins pulled the old “fake heart attack” gag. And poorly at that. He was sentenced to 42 years in jail.

Tacoma, Washington: On June 30, 2011, in a break in the trial of 20-year-old Marsele Henderson, charged with a gang-related murder, two guards were escorting the handcuffed defendant back to jail down a narrow courthouse hallway when three friends of the victim overpowered the surprisingly flimsy security and attacked Henderson with punches and kicks. Three more associates of the victim and the father of the defendant joined the melee before deputies finally broke out the tasers and got things under control. The attackers were arrested, and Henderson wasn’t seriously injured, but the trial itself didn’t go as well for him; he received a 59-year jail sentence.

Las Vegas, Nevada: During a custody hearing on December 14, 2006, 36-year-old ex-Marine Geoffrey Wells, whose 12-year-old son had killed himself with one of his father’s loaded, unlocked guns, inexplicably felt the judge shouldn’t hold the tragedy against him and expressed his frustration by attacking the bailiffs in the courtroom. All in all, ten bailiffs ended up subduing him, four of which required medical attention at a local hospital. Wells was sentenced to six months in jail and — surprise, surprise — was denied custody of his two other children.

Georgetown, Kentucky: In police custody for stealing more than $50,000 worth of jewelry from K-Mart, Peter Hafer, 30, lacked faith in court-appointed public defender Doug Crickmer’s ability to get him off, so on February 4, 2008, he requested the judge appoint a new lawyer. When he was declined, Hafer expressed his displeasure with Crickmer the only way he knew how: a sucker punch to the jaw. Crickmer, who received a black eye and lacerated cheek (painful, but not as painful as this awkward interview on The Today Show), declined to press charges, and ironically, Hafer got his way after all: he received a new attorney. He also received an extra six months added to his sentence for contempt of court.

Waukegan, Illinois: In court on January 13, 2010 for violating bond on a disorderly conduct charge, 20-year-old Travis Copeland continued his disorderly ways by bolting from the courtroom and trying to escape. Cornered by officers in a courthouse skyway, Copeland channeled his inner action movie hero and tried to leap through the glass. As he bounced off and hit the ground, it soon became obvious to him that the glass was not only bulletproof, but idiot-proof as well. His bond went from $50,000 to $1.5 million.

Springfield, Massachusetts: On May 1, 1998, serial killer Alfred Gaynor, dubbed “the Springfield Strangler,” was preparing to stand trial for the rapes and murders of two women (he would later confess to at least eight) when Eric Downs, the son of 43-year-old victim Rosemary Downs, leapt from two rows behind Gaynor and attacked. He pummeled the killer with his fists, and when Gaynor fell to the ground, he hit him with a nearby chair for good measure. Gaynor’s sister — not the courtroom guards, who didn’t seem too eager to defend a psychopath — finally pulled Downs off of the defendant, who suffered minor injuries. Gaynor would eventually be sentenced to multiple life sentences for his crimes.

Battle Creek, Michigan: On May 13, 2008, having just been found guilty of killing his wife and son, 43-year-old Michael Fisher, desperate for revenge, attacked deputy Scott Eby, punching him and reaching for the gun on his hip. Several other officers wrestled with Fisher, who was unable to remove the firearm from its holster before he was subdued. A month later, he was sentenced to life in prison without the possibility of parole. If there was any doubt as to his intentions in May, Fisher told the judge at his sentencing, “I am going to come back and get every last one that did something to me. I will get you first and then the rest who ran their mouths against me.”

Jacksonville, Florida: On December 4, 1998, the sentencing hearing of two defendants — Andre Fisher and Derrick Cummings — convicted of the drive-by shooting death of 5-year-old Shelton Lucas, Jr. was interrupted when the father of the dead boy attacked the pair. Taking his cue, the rest of the victim’s family — male and female alike — jumped in, overpowering the bailiffs and whaling on the defendants with fists, purses and even an umbrella. Shelton Sr. and two of the child’s uncles were found in contempt of court and sentenced to 30 and 15 days in jail, respectively. Fisher and Cummings received life sentences.

Van Nuys, California: On Halloween morning 2003, as cameras rolled outside the courthouse where actor Robert Blake was standing trial for murder, 63-year-old William Striler attempted a killing of his own. He ambushed lawyer Jerry Curry, 53, who was opposing Striler in a trust case, and shot at him six times as Curry ducked behind a small tree for cover. Thankfully, Striler was no marksman, and although Curry was hit five times in the upper body, he suffered no serious injuries. The gunman was wrestled to the ground and arrested after running out of bullets. He was later found guilty of attempted first-degree murder and sentenced to life in prison plus 25 years.

Tyler, Texas: On February 24, 2005, David Arroyo Sr., 43, arrived at the Smith County Courthouse, where his ex-wife Mirabel Estrada, 41, and son David Jr., 23, were scheduled for a hearing regarding David Sr.’s failure to pay child support. The elder David had no intention of paying; rather, he opened fire with a semi-automatic rifle as they walked up the courthouse steps, killing Estrada and wounding her son. Nearby police officers returned fire, but Arroyo was wearing a bulletproof vest that protected him from injury. He shot and wounded three officers and killed a civilian before fleeing in his truck. Police gave chase and eventually shot and killed him on a local highway.

Phoenix, Arizona: Having just been found guilty of arson for burning down his mansion (reportedly because he could no longer afford the payments), former millionaire Wall Street banker Michael Marin, 53, decided death was preferable to 16 years in jail. He snuck cyanide into the courtroom during his trial on June 28, 2012, and upon hearing the guilty verdict, he surreptitiously slipped a pill (or two) into his mouth, took a swig from of a sports drink and within minutes, began to convulse before collapsing and dying. He had emailed a suicide note shortly beforehand.