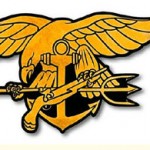 Ever wonder what it takes to become a Navy SEAL? Well, listen up because you’re about to find out just how gruelingly hard it actually is. First things first candidates must pass a PST (Physical Screening Test) that will make sure they are in the best shape to enter into BUD/s (Basic Underwater Demolition) training.  The test consists of the following:

If they pass this test, they will be immediately assigned to BUD/s and be on their way to training. I’m about to show you ten of the training techniques that will be in store for them when they get there, so follow along.

The men are ordered to link arms and lay down on their backs with their heads and bodies partially submerged in the cold surf. This technique is used to prove endurance and stamina. They do this for a total of eight minutes before being ordered to get up and run to the sand dunes and completely cover their wet bodies with sand, then do it all over again. The instructors not liking a silent team will sometimes instruct them to shout the naval battle cry “Hooyah!”

First, one must somersault (not dive) into a pool and swim 50 meters under the water. If the surface is broken even once during this time, it is just like Patty Smyth wrote “Goodbye to You”.  The goal is to tie five knots after swimming 15 feet into warm water. The knots are as follows:  becket bend (sheet bend), bowline, clove hitch, right angle (rolling hitch 1), and square knot.  One may do five dives with five knots or one dive with five knots, but there is no stopping in between. Energy, breath and dexterity are all important with this training exercise because one slip up and it’s see ya later!

The trainees’ arms and legs are bound as they jump into the pool. They must bob in the water for five minutes, and then they must float in the water for five minutes followed by a 100 meter swim. Another two minute bob and then a series of front and backwards flips. After this the trainee must swim to the bottom of the pool and retrieve an object with their teeth and bring it back up to the surface where they once again have to bob for another five minutes.

The Grinder is a large open courtyard made of solid concrete where the trainees will do daily PT. They will be subject to seemingly endless flutter kicks, push-ups, and pull-ups. Each should arrive in excellent condition, but that doesn’t matter to the instructors who are constantly demanding increasing numbers of perfectly executed routines. While you’re on the grinder it is best to cheer on your team mates or you are liable to be doing PT in a wet, sandy suit.

Yes, it is what it sounds like. Trainees of about six or seven men will have to carry a log that weighs between 180 to 210 pounds for close to two hours. They will be asked to perform a variety of tasks including calisthenics exercises that consist of sit-ups, push-ups, carrying the log overhead, running with it down the beach, carrying it up over the berms and all of this is nonstop. This is where team work really comes in because if one person falters the log begins to tip and everyone loses their balance. This is an exercise that requires you to be on top of your game and in great physical and mental shape.

This sounds crazy to you and me but for someone in BUD/s training it is part of their normal life. It starts out like this: the trainee puts on a wet suit, full bodied with fins and all; they swim in the ocean toward the Coronado Bridge, in the first phase they must finish in ninety-five minutes. Post Hell Week, which we will get to later, they must repeat this swimming regimen and finish in eighty-five minutes. It then goes down to eighty minutes and finally down to 75. Better them than me is all I have to say!

Now this sounds pretty safe, but wait until you hear what it is before you make assumptions. This test involves the trainees putting on breathing equipment, including oxygen tanks on their backs. They work together in teams of two to help each other. This is to make sure they can stay under the water without any fear, but then out of nowhere the instructors will come and begin to thrash them around and mess with their breathing equipment in an attempt to mimic bad waters. Most of the time they are without air and they need to respond to that as quickly as they can. The brain’s natural instinct is to come up for air, but to become a Navy Seal you’ve got to work it out and stay calm and fix whatever it is that’s gone wrong because in the ocean the water isn’t so kind and you may not have the option to come up for air.

The trainees are required to complete this tough obstacle course in less than twelve minutes. It consists of parallel bars, tires, low wall, high wall (which you must use a rope to climb), barbed wire (which you must lie down and crawl underneath), cargo net (which you must climb over), balance logs, hooyah logs (a group of logs tied together that you walk over with your hands on top of your head), transfer rope (which you climb one rope and transfer to another once you reach the top),  dirty name (a series of logs you must jump and swing over), more hooyah logs, weaver (in which you must weave your body in and out of a monkey bar like object), burma bridge (where you must climb a rope and then walk across a rope bridge), more hooyah logs, slide for life (a tower like object you must hoist yourself up on and climb it, then you must slide down a rope to the bottom), rope swing, monkey bars, tires, incline wall, spider wall, and lastly the vaults. An obstacle course is tough for anyone, but this one takes the cake for the toughest one I’ve seen yet.

This may seem like a small thing compared to the others, but it’s not. The trainees will be running all the time. They will run in PT on The Grinder, they will run in soft sand along the beach in heavy clothing. They will run in dry clothing, they will run in wet clothing and they must keep good time while they run. They must live up to SEAL standards at all times. They will be doing as much running as they do swimming and they had better like it because it’s all part of finishing Navy SEAL boot camp and moving on to the next phase. So, put on your pants and lace up your boots, start running and shout out “Hooyah!” Because you’ve got to learn to love it.

This is it, the moment in BUD/s that separates the boys from the men. It is an entire week of endless training in which the trainees only receive a mere three to four hours of sleep total. They are wet, cold and covered with mud and even though they consume 7,000 calories per day they still lose weight. They have sand in their eyes and medical personal stand by to watch over the exhausted trainees. This is the point where the instructors yell at them “If you can’t make it then go home!” and there is a shiny brass bell waiting them in a pick-up truck, if they choose to leave all they have to do is ring it three times and they’re gone.  During this week is when most of the DOR’s (Drop On Request) happen. It is a rough ride, but if you make it through you are all the more stronger and ready for the next phase of training.

If you make it through BUD/s you are tough, but you are still not a SEAL. You must then move on to basic parachute training at the Army Airborne School at Fort Benning, GA, this training lasts for three weeks and then you move onto SQT (SEAL Qualification Training) for another fifteen weeks. Upon completion of these two schools you will be awarded your SEAL trident pin. Congratulations you’ve become a Navy SEAL. As you can see it’s a hard road for these men who choose to take it, but I feel better knowing that they are out there and I hope you do too.

Posted in blog Tagged intense navy seal tests, navy seal training, what does it take to become a navy seal