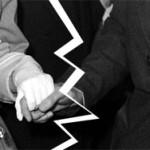 Have you ever heard the term “fools rush in”? Well, in these instances the “fools” are celebrities. Let’s take a look at ten of the shortest celebrity marriages Hollywood has been privy to.

Jim married his “Dumb & Dumber” co-star Lauren Holly in 1996. The marriage only lasted nine months leaving us to ask: which one is “Dumb” and which one is “Dumber”? The couple divorced stating “irreconcilable differences”. It didn’t affect Jim’s career any as he can be seen in a number of big hit films, some of which include “Liar, Liar”, “The Truman Show”, “Bruce Almighty” and most recently “Mr. Poppers Penguins.“ He also recently broke up with his longtime girlfriend Jenny McCarthy. Lauren has since remarried and had 3 kids. In 2005 she was living in a Chicago suburb when she received a call to do a guest roll on the CBS show NCIS. The guest spot turned into two seasons on the show and took her from living in Chicago to living in Los Angeles once again. She still continues to act.

The big question when this union occurred was: why Drew, why? Tom filed for divorce stating irreconcilable differences. This didnt stop Drew from having a stellar career though. In 2003 she became one of Charlie’s Angels and hit the big screen to do so. Shes can also be seen in such films as Fever Pitch, Hes Just Not That Into You, Music and Lyrics and most recently Going The Distance. Drew has also become the new face of Cover Girl cosmetics and she looks fabulous! Since the spilt, the seemingly odd Tom Green has since hosted a couple of his own talk shows. The first on MTV entitled The New Tom Green Show from 2006-2011. The second was an internet talk show hosted from his living room, entitled Tom Green’s House Tonight. Tom is also a cancer survivor (testicular) and has now started performing stand-up comedy.

This should have been the white trash union of a lifetime, but it wasn’t.  The divorce was amicable and the reasoning behind it was the infamous “irreconcilable differences”.  Pam, shortly after the divorce married again only to divorce that suitor a short time later. She has been doing various television appearances including Big Brother 9 in Australia and most recently Dancing with the Stars in 2010.  In 2011 she also appeared on the Argentinean version of the show. The split didn’t seem to stop rocker Kid Rock from releasing a new album: “Rock n Roll Jesus” 2007, which became his first album to hit number one selling 172,000 copies in its first week. In 2008 he went on to record the song “Warrior” for a National Guard advertising campaign and performed on VH1 Storytellers. In 2010 Kid Rock released “Born Free”. It debuted at number 5 and sold 189,000 copies in its first week. He is currently writing songs for his next album.

The disturbing part about this coupling wasn’t the actual marriage but the reasoning behind the annulment. Ms. Zellweger cited “fraud” as her reasoning and that’s all the more the public really heard about it. It was about as odd as the way her face scrunches up when she smiles. Rene didn’t let that stop her from having a successful career though. She can be seen in “Mrs. Potter”, “Bee Movie” (voice), “New In Town”, “Monsters VS. Aliens” (well her voice can be heard at least), and in a new up and coming movie “Bridget Jones’s Baby”, scheduled to be released in 2013. Kenny didn’t seem to let the break up keep him down either as he continued to release new music. In 2007 he released an album entitled “Just Who I Am: Poets & Pirates”. That same year he was also named CMA Entertainer of the year for the third time in four years! In 2008 he released another album entitled “Lucky Old Sun” and in 2010 he released a Greatest Hits II album and a new album entitled “Hemingway’s Whiskey”.

Did he really love her or was it his love for Elvis? Did she really love him or was she looking for a father figure? Whatever it was that had these two “All shook up” didn’t matter because mere months later they were “down at the end of lonely street at heartbreak hotel stating “irreconcilable differences“.  Nick didn’t stay at there for long as his movie career was taking off.  As movies like “National Treasure”, “The Weather Man” and “World Trade Center” came out, it was certain that his career would not suffer. Lisa Maria was also not so heartbroken that she couldn’t release her debut album in 2003 entitled “To Whom It May Concern.” She did, and it debuted at number five on the Billboard 200 album chart. Her second album “Now What” debuted at number nine on that same chart in November of 2005.  In August 2007 Lisa Marie released a “duet” version of “In The Ghetto” an Elvis song from 1969. The video reached number one on the iTunes sales and number 16 on Billboards Bubbling Under Hot 100.

This marriage supposedly fell apart because the couple couldn’t decide on where to live? Well, stranger things have happened I guess. Like the fact that Kris filed for an annulment because he says Kim “defrauded” him into marrying her. This just keeps getting more complicated by the minute. Well, we all know how Kim’s doing. She’s got her reality show and she’s got her fragrance line and her clothing line and the most important part: her money! But how has Kris taken the break up? Well he’s been doing what he does best: playing basketball, but not without a little put-me-down from the audience. That’s right, on December 21, 2011 at Madison Square Garden a room full of “Boos” could be heard when Kris stepped onto the court and that was not the last time it happened either. Kris’s response to the boos is: “The boos motivate me”. So you heard him, if you would like to boo go right ahead, that’s where he gets his “motivation” from.

Just because you are born rich and privileged, having things handed to you on silver platters doesn’t mean your marriage is going to be served on one. In fact this marriage ended up in a doggie bag. Though the couple’s break up was deemed an “amicable annulment”.  Nicky keeps herself pretty busy these days, being a socialite is tough you have to keep up your image! And boy does she have one. She had a fashion line and opened two of her own hotels called “Nicky O Hotels.” Following in daddy’s footsteps, how cute!  Todd seemed to have no trouble staying in the tabloids though as a 2009 story broke out in the New York Post about an affair he was having with his then girlfriend’s real estate broker. Needless to say that relationship is now null and void.  Guess this guy just doesn’t know how to pin one down.

It’s all right cause he’s saved by the bell! NOT! Landry stated that the marriage was annulled due to infidelities on Lopez’s part – including one famous tryst during his bachelor party! Mario didn’t let that stop him from keeping his head above water in the Hollywood limelight.  He’s hosted a number of televised events including “America’s Best Dance Crew, “MTV’S Top Pop Group”, “Pageant Of The Masters” and most recently the block party at Hollywood and Highland Complex for their New Year’s Eve bash 2011. Ali remarried in 2006 and two children followed that, a girl in 2007 and a boy in 2011. Ali will also stars in  (and is the executive producer of)  TV GUIDE NETWORK’S show “Hollywood Moms’ Club”, which aired in November of 2011. Next year, in 2012, Ali will be the spokes model of Palmer’s Cocoa Butter Formula. She will be following in the footsteps of other celebrity moms who have also done the spokes model position for Palmer’s. Life is looking up for Ali.

This marriage was over quicker than a prescribed dosage of antibiotics!  Rodman filed for an annulment saying he was not of sound mind when he recited his vows.  Carmen has shockingly been in a number of films  since the split. Some of which include Scary Movie, Meet The Spartans, Scary Movie 4, Epic Movie, Date Movie, Starsky & Hutch  and Cheaper By The Dozen 2. Who knew she had such a good little sense of humor? Dennis took a long hiatus from basketball that same year but upon his return played for  a few teams and then found himself involved in pro-wrestling.  He retired from that and found himself the Commissioner of the Lingerie Football League in 2005. He never did return to the NBA  but in 2011 in was announced that he would be inducted into the Naismith Memorial Basketball Hall Of Fame.  On a personal note Dennis is still just as crazy, crude and weird as ever. In October of 2011 Dennis phoned into a Miami radio station, while apparently receiving oral sex.  But what the hell, he’s Dennis Rodman right?

Well, “she’s not that innocent” – Now we have the proof! This may just be one of Hollywood’s shortest marriages ever and surely one that people will not forget.  Sure marrying your childhood best friend seems like a good idea, but not if you aren’t in love! But as it turns out the marriage was annulled because it was “a joke”. To say Britney went through a lot after this ordeal is an understatement. She married Kevin Federline, had two of his kids, divorced him, had a nervous breakdown, shaved her head and finally went underground for awhile. She finally emerged again with a new album and a new lease on life. Her new album is entitled “Femme Fatale” it was released in March of 2011. She looks as if she is coming back, maybe this time “stronger than yesterday”. Jason has managed to stay out of the spot light pretty well since the split and all the media surrounding it. He did show up recently when he found out Brit had gotten engaged again in 2010. He accused her then fiancé Jason Trawick of  beating her up, a claim she supposedly confessed to Alexander. He had everything on tape and he went to the tabloids with it, but it blew up in his face when his recording was found to be a fake. One thing is for certain, we know that there is still a part of him that cares for Britney. It kind of makes you want to go “Aw” doesn’t it? Well don’t, cause he’s “not that innocent” either. So keep on moving pal, this train has done left the station.

So what have we learned? That even celebrities make massive mistakes, they just have money to get out of them faster! Advice: Don’t be too quick to jump or you just might get dumped!