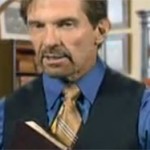 Lawyers aren’t generally known for great taste or tact, so it’s not surprising that TV commercials for their services can be embarrassingly bad and downright sleazy. Here are some of the worst.

20) Take a Long Walk Off a Short Pier

These lawyers are always on the move, which makes you wonder they aren’t in better shape. Oh well, at least they’re “locked and loaded” and can provide “muscle, talent, results” — presumably in that order of importance.

19) You’ll Get My Finger Out of Your Face When You Pry It from My Cold, Dead Hand

When all you want from your lawyer is hair gel and attitude, call Pasquali & Palumbo: the Jersey Shore of law firms.

18) You Are Getting Sleepy…

I’m not sure which is more off-putting: the woman who seems to be happy that she was injured or Moseley Collins’ creepily calm demeanor — sort of like a molesting hypnotist. As a bonus, his phone number doubles as a prayer hotline, in case Collins decides that only God can help you:

I’m guessing someone told attorney Jack Bernstein that pointing at the camera would “butch up” his persona, but he ends up coming off more like a sassy talk show audience member wagging a finger at a philandering guest.

Time and time again, Brian Loncar’s stunt-laden ads display a remarkable ability to trivialize car wrecks that are presumably very traumatic to the very people he’s courting as clients. I suppose you can’t expect much tact from somebody known as “The Strong Arm.”

Larry Green apparently spent his entire budget (say, $100) on a DVD box set of stock explosion and car wreck footage, and he’s determined to use every last second of it. Ironically, if any of his clients were actually involved in the accidents pictured, they probably wouldn’t be alive to sue anyone.

So…are they lawyers or dog whisperers? Do they think that insurance companies are run by Labradors? So confusing.

Subtlety is not in Jim “The Texas Hammer” Adler’s vocabulary. He’s the legal equivalent of a monster truck show announcer (“SUNDAY! SUNDAY! SUNDAY!”) — so it’s not surprising that one of the oversized vehicles shows up in his commercial.

Is there anything funnier than divorce and custody disputes? Based on these commercials, yes; yes there is.

Nothing screams professionalism like a cartoon squirrel that looks like it was drawn with MS Paint, inexplicably sporting a Puerto Rican accent…and the ability to rap. Poorly.

Lowell “The Hammer” Stanley must get 90% of his clients through sheer intimidation. He looks like he’s ready to reach through the TV screen and yank your esophagus out if you don’t call him. (Presumably he would then represent you in suing him.) He saves the most perverse threats, however, for the insurance companies, with whom he seems to want to have angry sex, spewing lines like, “I am the hammer, they are the nails…I hammer them nearly every day” and “I don’t stop hammering until the size of the check satisfies you.” Bonus: As the last video shows, The Hammer even represents victims of malicious kung fu attacks.

9) I Have a Tiger. Your Objection Is Overruled.

Why have boring ol’ lawyers talk about their credentials and how they can actually help people when you can trot out generic hip-hop music and a CGI tiger who vomits money?

There’s “more than meets the eye” to Jeff Weinstein and Corey Gomel, two unrelated and excruciatingly uncreative lawyers who share a love for crappy Transformers-wannabe computer effects — so much so that they bought the exact same canned commercial (including the jingle AND the nickname “The Heavy Hitter”) from some company that’s probably also selling Brooklyn Bridges at a helluva price.

Apparently, Barry Glazer doesn’t realize that some people pay good money to be urinated upon. The real question is who will stand up for the “urinated off”?

Say what you will about lawyers, but at least Glen Lerner is honest about being an ambulance chaser — OMG, that jingle is haunting my dreams!

Peter “Q” John AKA P’Ta Mon AKA The Thugs Lawyer: He’s a lawyer! He’s a pilot! He drives a BMW! He crosses his arms! He likes flashing letters and bootleg reggae music! Call now! (PS: He handles only MAJOR drug charges and SERIOUS felonies; wannabe gangstas need not apply.)

4) “That Vermin You Call a Spouse”

“If you and your spouse hate each other like poison and want to get out of the hell hole you call a marriage, you’ve come to the right place.” With those words, Steve Miller embarks on the sort of tirade generally reserved for drunk politicians who don’t realize they’re being recorded, insulting paralegals, courthouse workers and the sanctity of marriage in the process. But otherwise, he seems like a peach of a guy.

If you want to legitimize your law firm, you might want to shy away from slogans involving strip club lingo. Follow-up campaigns to “Change your pain to rain” include: “If your wound ain’t mending, we’ll give you a happy ending,” “If you’re in a hole, jump on our pole” and “If you’re feeling beat, skeet skeet skeet.”

It seems the “Pay Me Now” jingle guy is a mercenary for hire — and really, who WOULDN’T want his dulcet tones representing their law firm?

Of all the Hammers — Lowell Stanley, Jim Adler, MC, ball pean — Jim “The Hammer” Shapiro, who for some reason is proud that people consider him “the last resort” of lawyers, takes the nutty fruit cake. If anyone talked like him in everyday life — the crazed stare, the inflection of someone standing in a wind tunnel, the violent threats of ripping the eyes out of insurance companies and tearing the hearts and heads off of the people who hurt his clients — they would be locked in a padded room, but I suppose doing it in front of a camera with a law degree makes it acceptable.